Riding atop the Long March-2F Y12 carrier rocket, the Shenzhou-12 manned spacecraft was successfully launched into preset orbit on Thursday morning from the Jiuquan Satellite Launch Center in the Gobi Desert in Southwest China's Gansu Province.

With the aim of ferrying a three-strong crew consisting of veteran astronaut Nie Haisheng, who visited space twice in October 2005 and June 2013, Liu Boming, who had flew to space and participated the country’s first spacewalk together with Zhai Zhigang during the Shenzhou-7 mission in 2008 and one new face Tang Hongbo to the orbiting space module of Tianhe, Shenzhou-12 or the “Divine Vessel” entered its designated orbit after separating with the rocket 573 seconds after its launch, declaring full success for the launch mission. 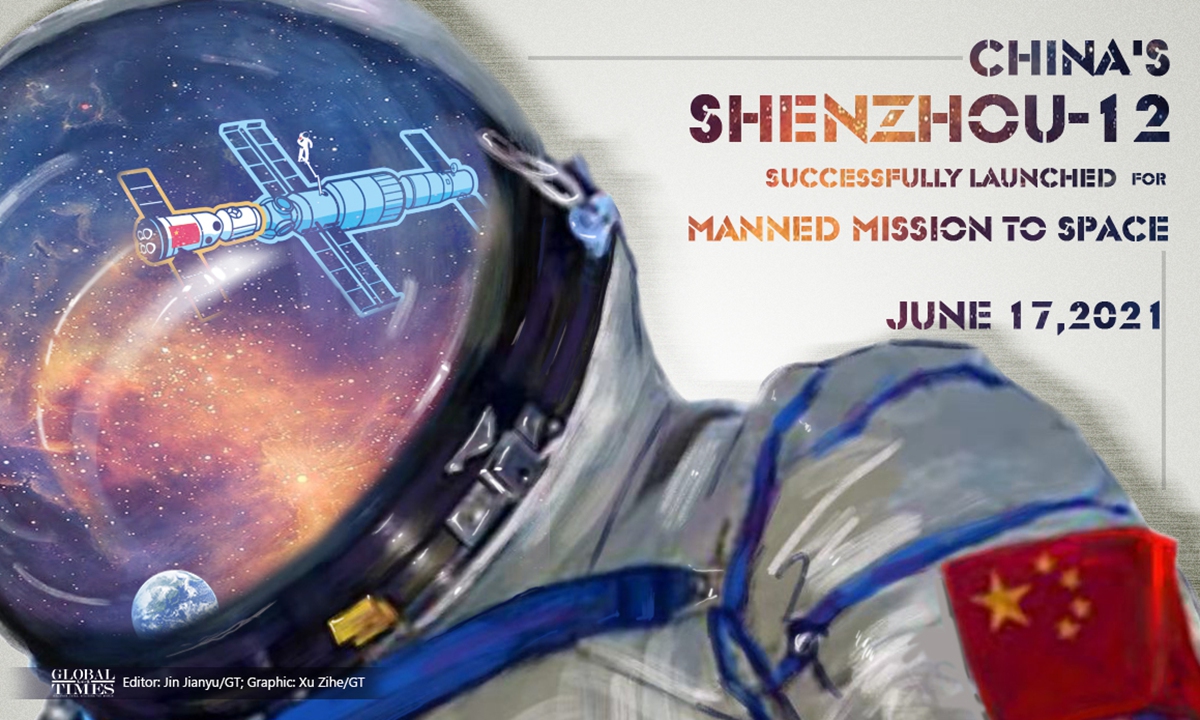 The three astronauts of the Shenzhou-12 mission, who were selected from China's first and second batch of astronauts, will stay in space for three months, during which they will carry out tasks including repair and maintenance, appliance switch and scientific operation of payloads.

It was the first time in nearly five years that China has sent astronauts into space, and is the first crewed flight mission and third leg of the country's total 11 space launch missions of the intensive space station construction phase.

According to Gao Xu, the deputy director designer of the Shenzhou-12 with the project prime contractor China Academy of Space Technology (CAST), the development of the manned spacecraft followed the highest standards in the country's space industry.

The Shenzhou-12 is made up of three sections—an orbiter module, a return module and a propelling module, and has 14 sub-systems onboard. Gao referred to the spacecraft with a term of affection: "Vessel of life", as it will not only ferry three astronauts to the orbiting Tianhe core module, but is also expected to carry them home to Earth in approximately 90 days.