Elderly People Blocked by the Times

As Chinese, we are so proud of having the convenience of mobile services, which finally makes us look more advanced than most developed countries. With a smart phone in hand, we can do pretty much everything—make payments, hail a taxi, and study. Our whole life is transported online. But that also means if you are a green hand in modern technology, life could all of a sudden become inaccessible.

Just a couple of days ago, an elderly man in Dalian had probably the most helpless moment in his life when he was denied entrance into the subway station. He failed to show a health code, simply because he didn’t have a smart phone that would allow him to do so. 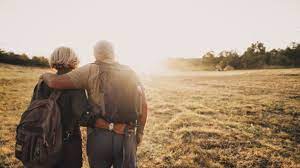 It makes me think of my parents whom I consider much luckier to have kept up with the digital trends. I bought them smart phones immediately after they retired and installed on their phones the trendiest apps. Like many young men, my father is now obsessed with growing trees online with credits he earns from Alipay, and my mother becomes a frequent flower buyer after watching live streamed shopping shows on Pin Duo Duo.

I can’t help thinking what if that elderly man rejected at the subway station were my own father. Even the thought of this gave me an overwhelming feeling of being helpless and frustrated.

The elderly man didn’t have a smart phone probably because his son hated the trouble of having to teach him how to use it, or the son simply couldn’t afford a smart phone himself. 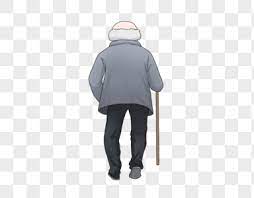 Teaching old parents new things could be a challenge, but never a trouble. Try to think of all the difficulties our parents had once gone into to help us get adapted to the world. Introducing our parents to the latest apps may not get them to truly embrace the technology itself, but they’ll embrace the sweetness of your patience.

What if for some people smart phones are simply too expensive to own, given that 600 million of our population earn less than 1000 yuan a month. While we take pride in our country’s technological advance, we have also to bear in mind that many people fail to directly benefit from it. 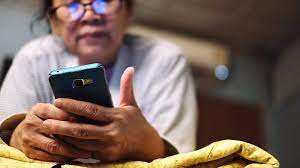 When a tide surges, some of us surf above, others drowned below. What we can do as an individual may be little, but at least we can choose not to ignore their existence.